DV01 is the dollar value change in price (value) of a fixed income instrument, such as a bond, in response to a change of one basis point in the yield of the instrument. A basis point is one hundredth of one percent, i.e., one percent of one percent. The yield referred to above is the yield-to-maturity (YTM), the interest rate at which the present value of cash receipts (coupon and principal payments) equals the current price, assuming the instrument is held to maturity. DV01 is thus a measure of the sensitivity of the value of a bond in response to changes in the interest rate. DV01 is also referred to as Basis Point Value (BPV) and, depending where you are, as dollar duration or euro duration.

Table A – How DV01 Changes as Interest Rates Move

If the current YTM is 10%, the bond will be valued thus:

The DV01 measure assesses changes in value of a bond or other fixed income asset by making a number of assumptions, one of which is that a general interest rate exists. This, of course, is not so. There are many fixed income assets and debt instruments available in the financial markets, each carrying different rates of interest or yields. Despite this large universe of diverse financial instruments, DV01 assumes that all interest rates—short-term and long-term—change in the same proportion, which, as you can imagine, is unlikely to happen. Were such a scenario to exist, it would mean that the yield curve only moves by parallel shifts, always keeping the same shape. But we know this is not true. The yield curve, which plots yield as a function of maturity, changes constantly. A “normal” yield curve reflects the common sense view that longer-term bonds should pay more than shorter-term bonds. Therefore, a normal yield curve—a graphical representation of short and long-term rates—rises from left to right, as illustrated. 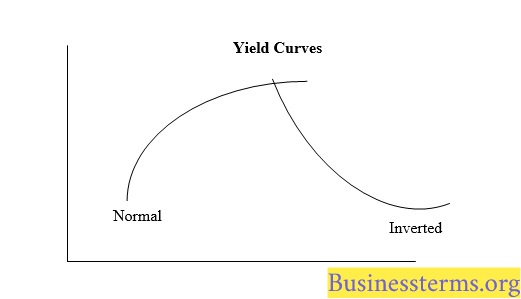 Although an in-depth knowledge of duration is not necessary to understand how DV01 works, taking note of how the concept fits into the wider scheme of duration is helpful. First, a reminder about some bond basics. Bear in mind that bond prices are inversely related to interest rates. Bond prices will go down when rates rise and go up when rates fall. Why is that? That inverse relation occurs because bonds are fixed payment instruments. The coupon payments on a bond are computed based on the face value of the bond, which, of course never changes. Since the coupon payment always remains the same, i.e., fixed, the value of the bond as an investment changes as interest rates change.

Table B – Bond Prices are Inversely Related to Interest Rates

Series A must now pay an equal return, but its coupon payment is fixed at $100.00.

How DV01 Relates to Bond Duration

As mentioned previously, DV01 is known as “dollar duration” but what exactly is “duration”? The term is typically used to denote “Macaulay Duration”, and, applied to a fixed income financial instrument such as a bond, is the weighted average time until the cash flows are received. Cash receipts from a bond will consist of coupon payments and a final payment of principal, all at different times. The Macaulay Duration measure is an average of those times denominated in years. However, it is not a simple average but an average that is the sum of payment times in years, with each payment time weighted by the ratio of its present value (PV) to the total present value of the bond. To illustrate this, look at Table B, which shows cash flows for a 2-year bond with a face value of $1,000.00, a 10% semi-annual coupon, and a yield of 2.5% every 6 months.

MacD is a weighted average of the times until coupon and principal payments are received. It measures, in years, the time it will take for the price paid for a fixed income instrument to be repaid by its internal cash flows.

The MacD of a fixed income instrument conveys important information, particularly if it is to be sold before reaching maturity. The MacD—measured in years—tells us how the value of the instrument will rise or fall as interest rates change, according to the following formula:

Consequently, if the interest rate went up by one percent, the bond in Table B would fall in value by (1%).(1.872) = 1.872%. This makes MacD a very useful barometer of interest rate risk. Generally, MacD increases in line with maturity; the longer the time to maturity, the longer the MacD. Table C shows how MacD would increase if, instead of a 2-year bond, we had a 3-year bond. MacD would increase from 1.872 years to 2.7 years.

Note: Since a zero coupon bond has a cash flow only at maturity, its duration always equals its maturity.

Macaulay duration was developed by the Canadian economist Frederick Macaulay in 1938. Its measure, in years, gives us an average point at which the funds expended on the purchase of a fixed income instrument will be recovered. In our example, an investor could view his investment in the 2-year bond by assuming he would recoup his cash outlay after 1.872 years, and that, thereafter, the cash received would be income earned.

While Macaulay Duration was originally proposed to measure the average horizon of an investment, it was a clumsy way of determining interest rate risk. Fortunately, another measure, known as Modified Duration (ModD), can be derived from Macaulay Duration. The relation between the two measures is shown below:

Modified Duration = Macaulay Duration / (1 + i), where “i” is the periodic interest rate. For example, if the actual yield-to-maturity (YTM) is 4% and the coupon is paid semi-annually, then i = 2%.

The modified duration, measured as percentage change in price per one percentage point change in yield, is ModD = MacD/(1 + y/k).

The ModD is 1.849 percent price change with one percent change in yield.

Our calculation of the Modified Duration now leads on to computing DV01, as in Table F below.

This brings our discussion of DV01 (Basis Point Value) to a close. Below are three questions to test your understanding.